Washington [US], September 14 (mrgreen sports): As fashion's biggest night returned this year after being cancelled in 2020 due to the COVID-19 pandemic, celebrities went all out with their fashion choices, wearing era-inspired ensembles, stylish silhouettes with secret meanings and a slew of subtle nods to pop culture icons.
Some stars even donned their most fabulously outrageous designer looks to fit the theme 'In America: A Lexicon of Fashion'.
While some attendees went the more subtle route by wearing a hint of silver or pink to keep it classic for the glitzy gala, others, however, more memorably opted for elaborate ensembles, some of which bordered on campy costumes, but all paying homage to the United States' history of fashion.
Did their bold choices pay off? Check out the most unique Met Gala ensembles below:
A$AP Rocky 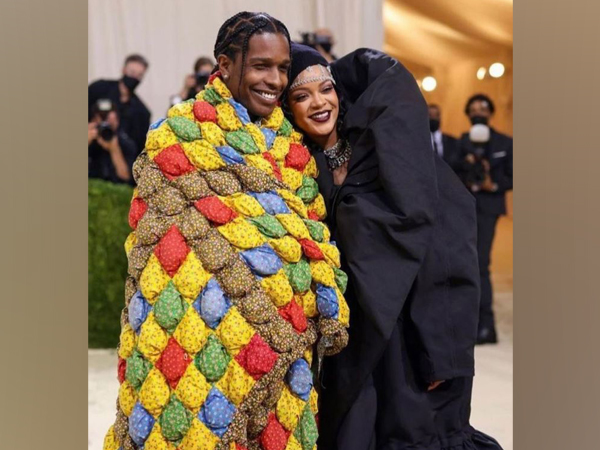 A$AP Rocky, who was joined by Rihanna as plus one, arrived fashionably late at the 2021 Met Gala. The rapper was covered in a giant colourful plush quilt, which he took off, revealing a black suit and white ruffled shirt that matched his lady love as the couple held hands and sweetly nuzzled together on the Met steps.
Frank Ocean 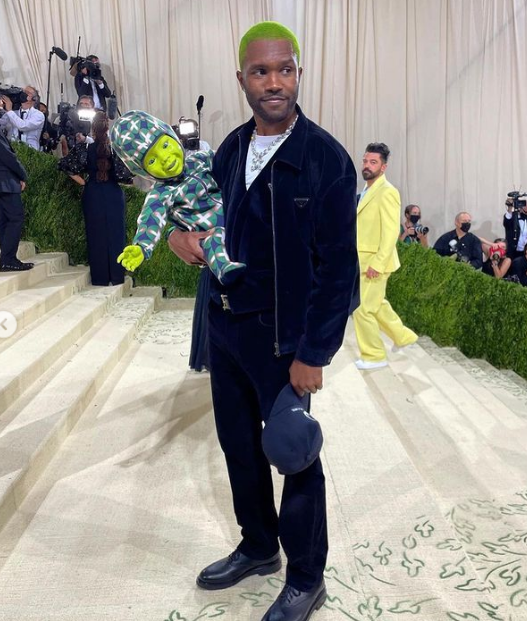 Dressed in a velvet Prada three-piece suit, beaded necklace and a green animatronic baby (no word on what the baby is wearing), Frank's unconventional choice of accessory definitely took everyone by surprise.
Naomi Osaka 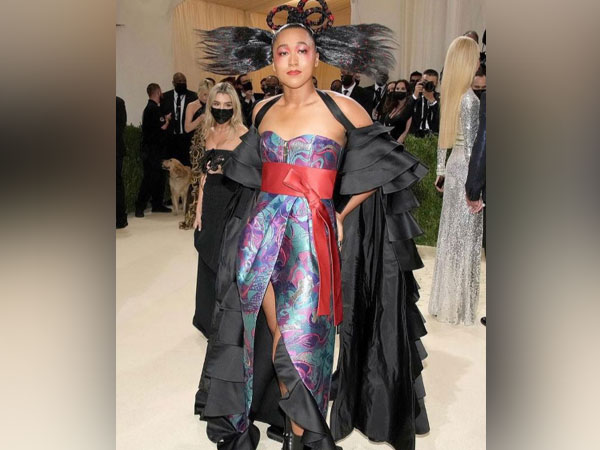 One of the co-chairs for the night, Osaka wore a Louis Vuitton outfit designed with input from her sister Mari that said was inspired by her American, Haitian and Japanese heritage, plus ruffled train and boots.
Jeremy O. Harris 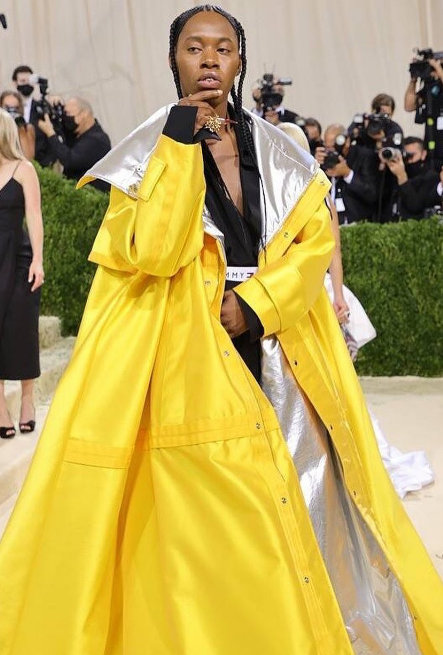 For the fashion-induced night, Harris wore a Tommy Hilfiger jacket and zoot-suit-esque pants. His Met Gala look paid homage to an iconic Aaliyah outfit, a two-piece Tommy Hilfiger yellow tracksuit worn by the singer for one of her performances in 1997.
Kim Kardashian 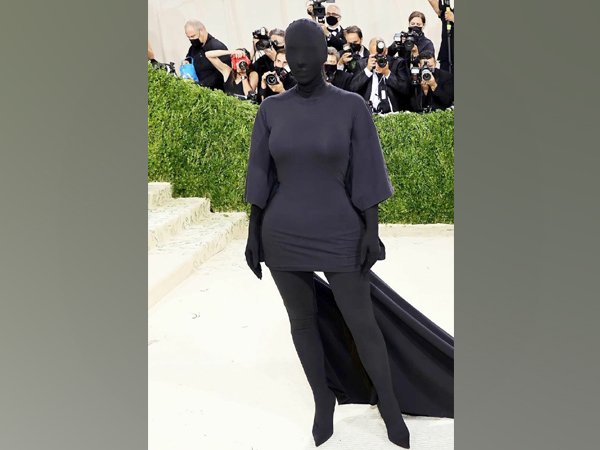 Kim knows that there's nothing more American than an all-black dress (hers was Balenciaga). After covering up in a Balenciaga outfit during the New York Fashion Week, she hid her entire face and body at the 2021 Met Gala while attending the ceremony with creative director Demna Gvasalia.
Simone Biles 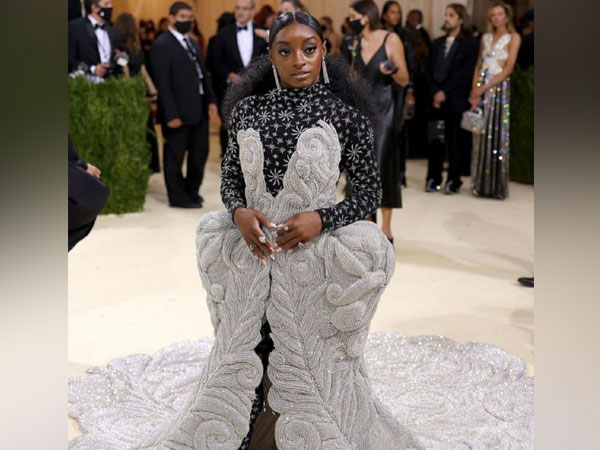 Biles was dressed in a crystal-encrusted gown weighing so much that it took six people to move it around. She wore the gown over a star-encrusted bodysuit and Giuseppe Zanotti crystal-embellished heels.
Dan Levy 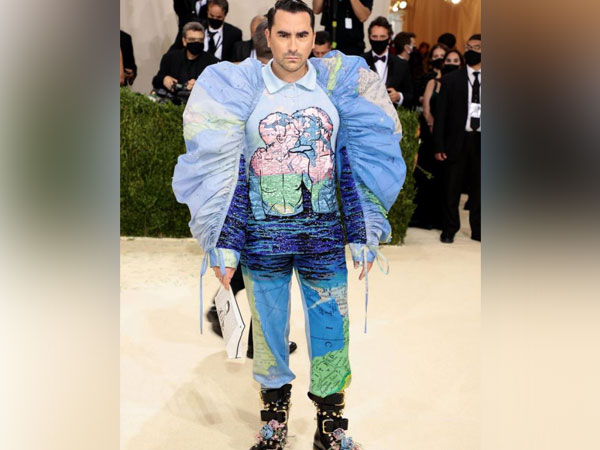 Dan wore a custom Loewe look inspired by the work of queer artist David Wojnarovicz in order to "celebrate queer love and visibility" as he wrote on Instagram, plus Cartier jewellery. The 'Schitt's Creek' star had worked with the designers to create a powerful ensemble that celebrated the LGBTQ+ community.
Erykah Badu 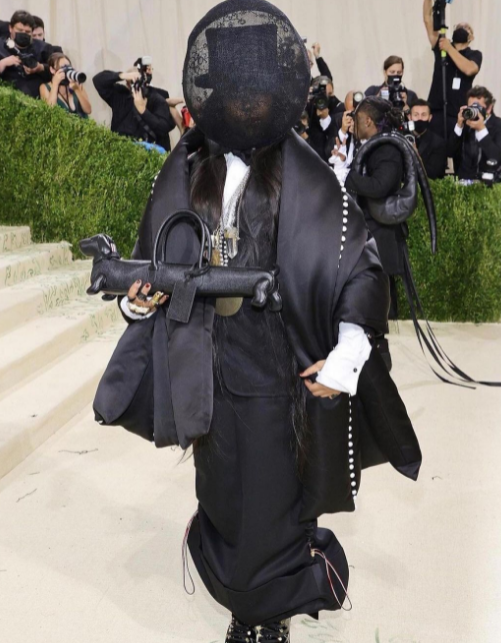 Badu's was a one of a kind look to reflect the Met Gala's American fashion theme. Every single detail for her outfit was completely over-the-top and attention-grabbing, whether be it the top hat, the lace covering in front of her face, the baggy jacket or the oversized pants.
Kim Petras 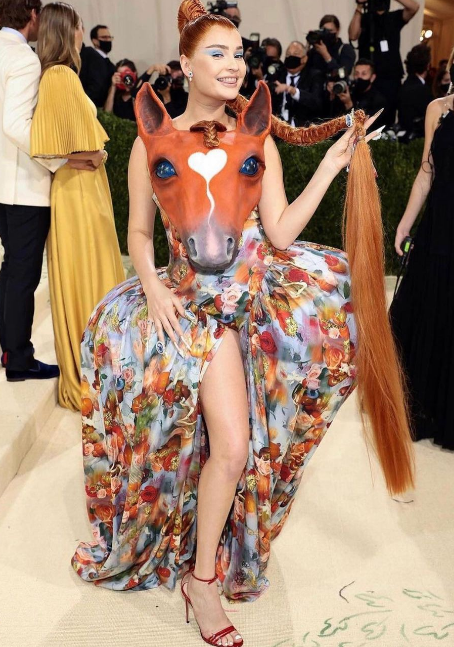 The German singer wore an unusual accessory on the red carpet. Instead of a bold purse or dramatic piece of jewellery, she wore a large, oversized horse head around her midsection. Petras paired her horse head with a bright patterned gown.
Gabrielle Union 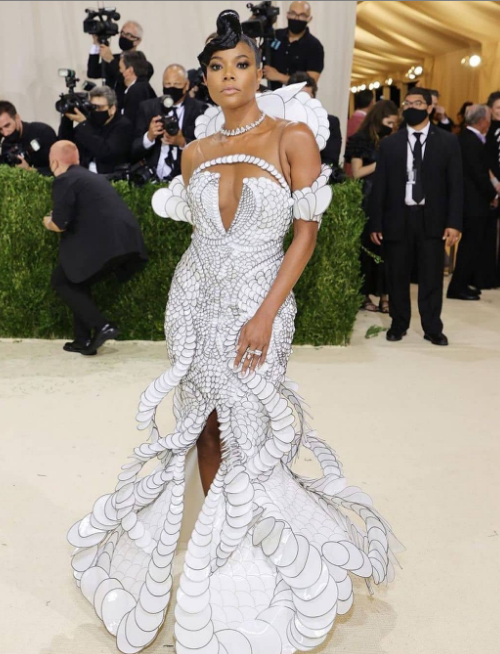 Union wore a stunning outfit that she reportedly said took 1,400 man-hours to put together. The white and silver dress appeared to be made entirely out of circular cutouts and included details like arm cuffs and a matching necklace.
The evening, which benefits the Metropolitan Museum of Art's Costume Institute, got off to an early start with guests including Keke Palmer, Ilana Glazer, and Emma Chamberlain making their way up the museum's steps.
Guests were required to provide proof of vaccination and wear masks at all times, except for when drinking and eating. (mrgreen sports) 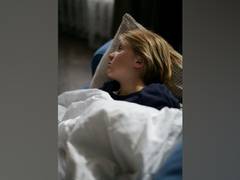 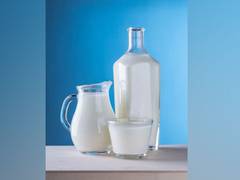 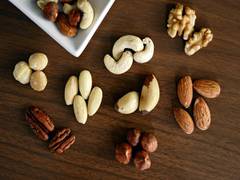 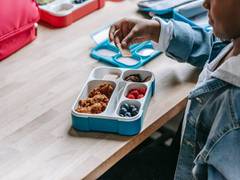 handball quali,Want to increase kids' vegetable intake? Here's how you can do it! 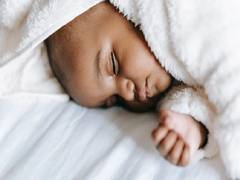